This is one of the highest passes in central Peru. It’s very close to Abra Huayraccasa, which is often claimed as the highest pass in the Americas, however GPS and Google Earth give this pass a higher altitude. We tried to climb to Punta Caudalosa Chica from the north at the beginning of the rainy season in October 2013, and the surface was too muddy to reach the top – we were however able to reach the pass from the south side. We suspect that in dry season the surface is no problem. 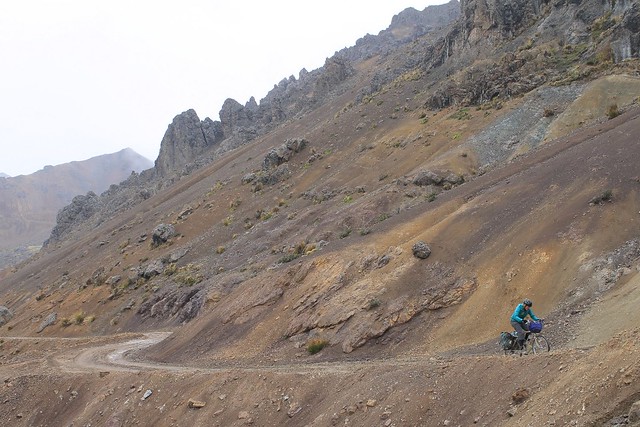