An at times surreal trip across Bolivia’s two biggest salars – Uyuni and Coipasa. The larger Salar de Uyuni is great fun to cycle on, but from Colchani to Isla Incahuasi you’ll often have to share it with tourist jeeps. Crossing the Salar de Coipasa was a magical and unforgettable experience – we saw no-one and nothing except sparkly salt for the afternoon it took us to cross to Coipasa island.

Make sure you clean your bike well after crossing the salars. The Salar de Coipasa especially will leave a salt deposit on your bike. Also ensure you wear sunglasses and sun cream – otherwise the strong altiplano sun and reflection off the salars will fry you. If you plan on camping on either salar note that there is absolutely no protection from the wind and also that the salt is very hard so it’s difficult to get tent pegs into it.

It’s also a good idea to check with local people on the current state of each of the salars. In wet season parts become inundated and difficult to cycle on – and the dates this occurs can vary quite a bit year on year. 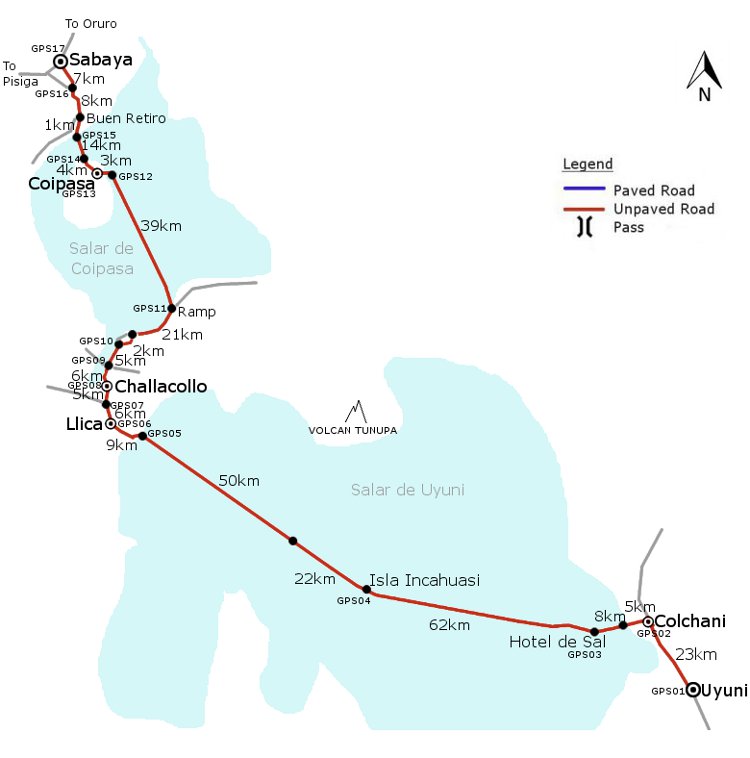 21 Responses to “Uyuni to Sabaya”

Leave a Reply to Tihomir Click here to cancel reply.